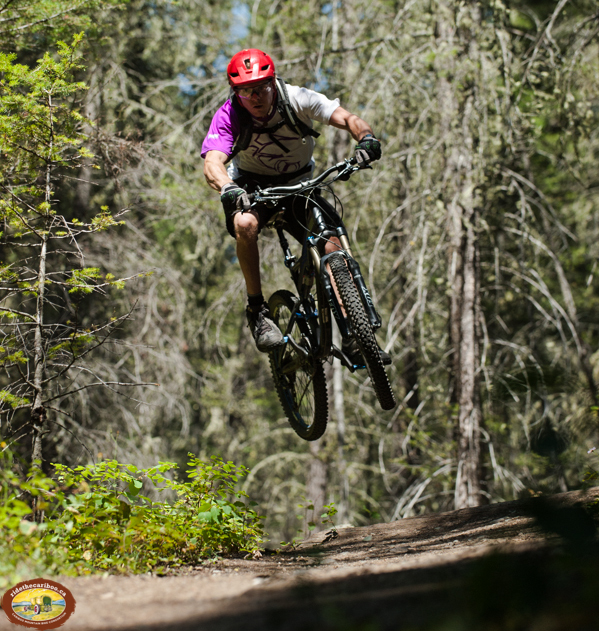 With the New Year upon us, I would like to take a look back at how the Williams Lake Cycling Club managed and maintained our vast array of trails.

Our working relationship with the Province has given us access to funds for our trail network.  A key component of the legal agreement we hold with the Province is to maintain our existing trails and infrastructure.  Without the ability to maintain what we have, it is difficult to ask for permission to build new trails and stunts.  The WLCC has adopted a hybrid strategy to tackle this immense task.  We rely on the core trail builders, numerous volunteers and a Pro-Crew to help maintain, enhance and develop our world class system of trails.

This year saw only one trail maintenance day organized by the club.  In April, a group of close to twenty volunteers braved the howling winds and ventured into the Fox network and put a rake and shovel to almost every trail on the map.  Dog Bone and Itchy and Scratchy had already seen some love and by the end of the day Fox was good to go.  We celebrated our success with a BBQ and refreshments.

Private property issues dominated the rest of the Spring as countless meetings were held between the Club, City and CRD.  As of yet, no resolution has been made but the Club has a strategy in place and we will be working towards a long term solution over the winter months.

Spring also saw the Pro Crew start to work.  The Club called a meeting with the Builders Guild to determine areas of need within our network.  This Guild is made up of active trail builders who have created the majority of the trails you get to ride.  From this meeting we came up with five key priorities that we set our Pro Crew onto.  Aflo, Mitch’s, Snakes and Ladders and the Repeater Tower trails were all going to get some attention from this Provincially funded crew.  No club money, nor membership fees were allocated towards this crew. The money comes as a direct result of the legal agreement between the Club and Province, as the Province sees our trails as a Crown asset that deserves to be supported.  A huge thank you goes to our local Recreations Officer, Desi Cheverie, for his continued support.

Aflo is the most popular trail, as the numbers go, and even though it ends in a contentious area, it was well deserved of some serious work.  Over sixty hours were spent building new berms, installing pavers, adding features and some general dirt work, all to increase the flow and fun of an already flowy and funtrail. 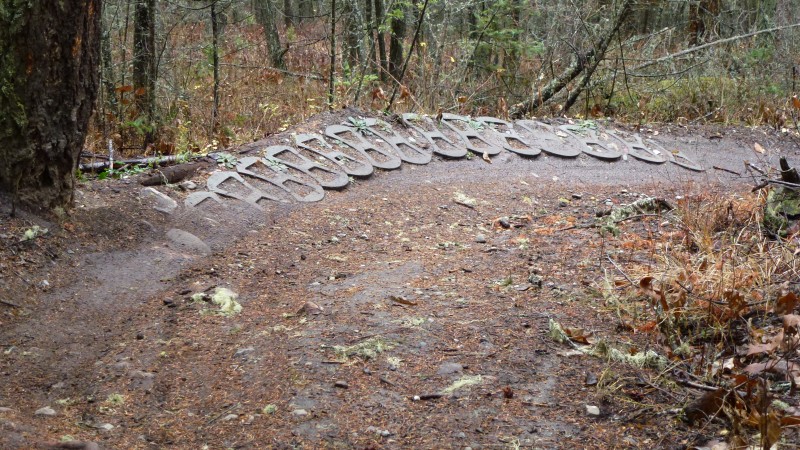 A number of sections were enhanced with concrete pavers to reduce erosion….we’ll see how they work. 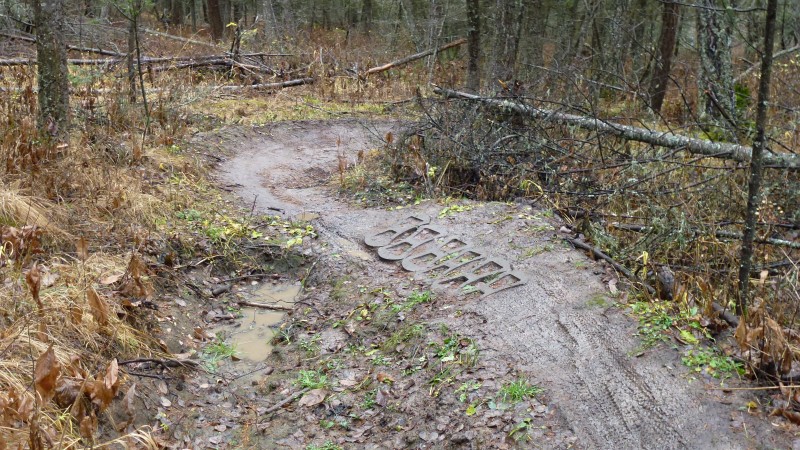 The three wooden berms on Mitch’s were next on the docket but with the ongoing and expanding problems of the Private Property exit, there was a decision made to put the work on hold and move on to the next priority, Snakes and Ladders.

With Snakes being so new there was not a lot that had to be done but there had been a couple of features that were not unanimously loved, so we made the decision to address those elements and to add some new features to bring back the feel that the old Snakes had. 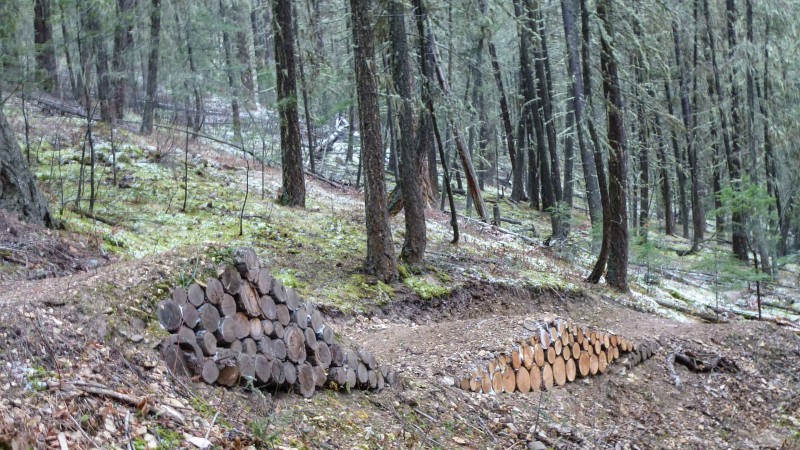 The tripple was toned down with a redution of the first dip, which should make it easier to flow through. The last drop before the road was loved and hated at the same time. In the end, the Club agreed that it would be better to increase the speed of the jump to accomodate the trail flow. 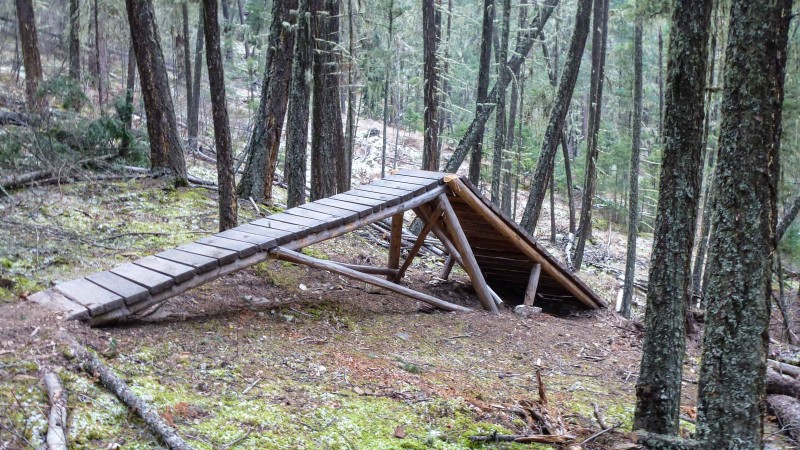 While the new skinnies (not pictured) may not be for everyone, some of the low wide ones have a much broader appeal and hopefully encourage riders to give them a try, while the more difficult ones give the higher level riders some new challenges.

Snakes and Ladders is considered by some to be one of our signature trails.  Our intention is to keep it as buffed as possible to ensure a high level of rider satisfaction.  To that end, the Club portion of the line below Booga Wooga also received more than four hours of work in the early summer to eliminate any chatter bumps and to buff any side hill that required it.

The next area of work was Belle Dh and Westsyde trail.  Belle did not need much but the transition on the fence crossing was a priority and some general dirt work was done as needed.

Westsyde has always been one of the gnarlier trails in our network. The repeater tower trails are amongst the oldest of our network and everyone is considered to be black diamond or harder.  The Westsyde trail helps set that tone.  With the top drop already in place, it was only natural that everything to follow was a little bit crazy. 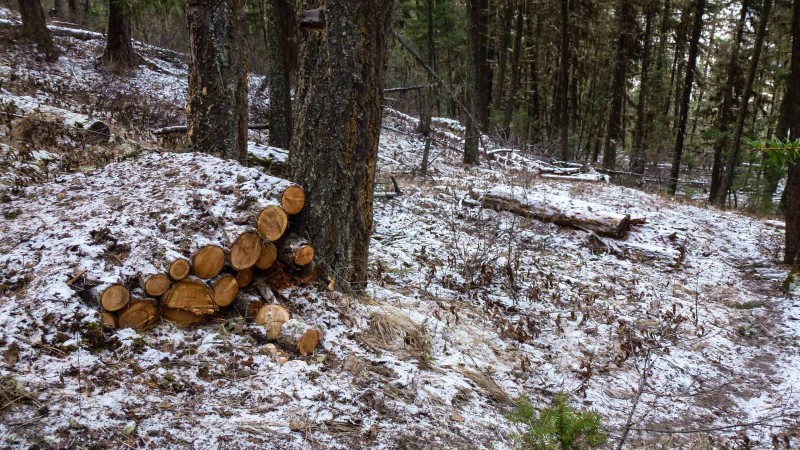 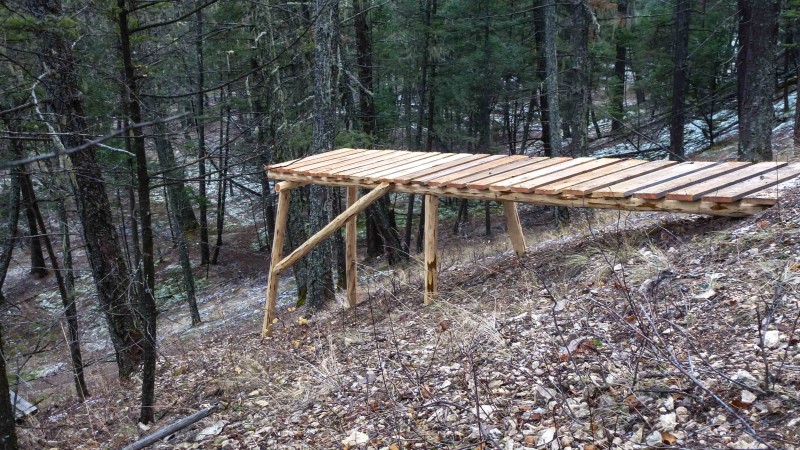 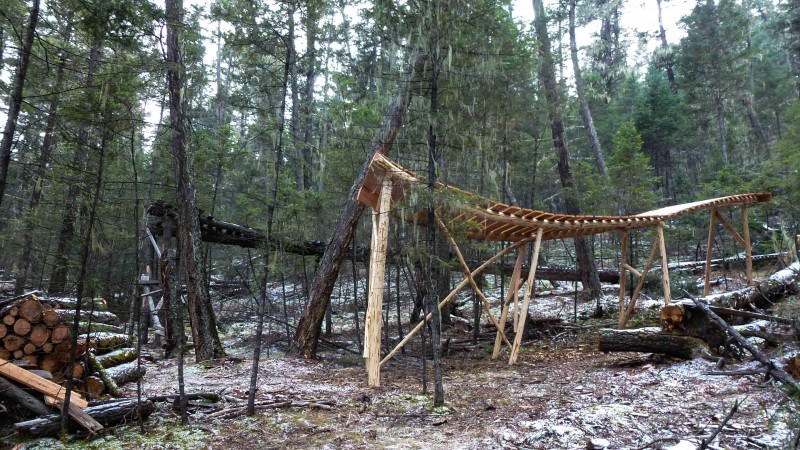 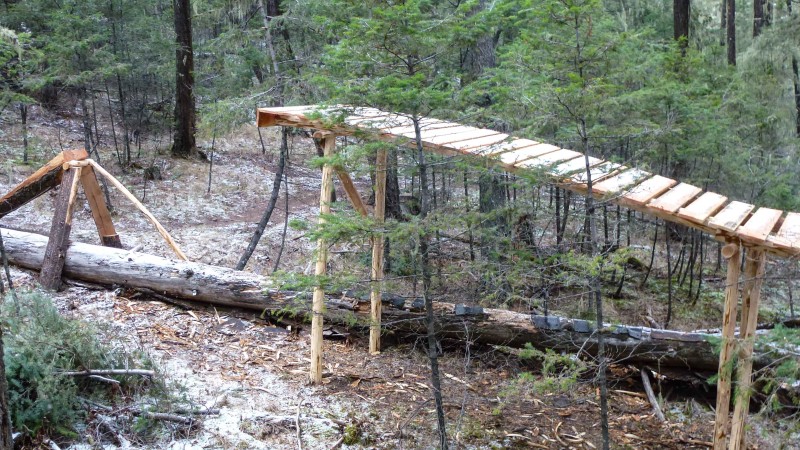 The Laviathan….with the old drop in the background. 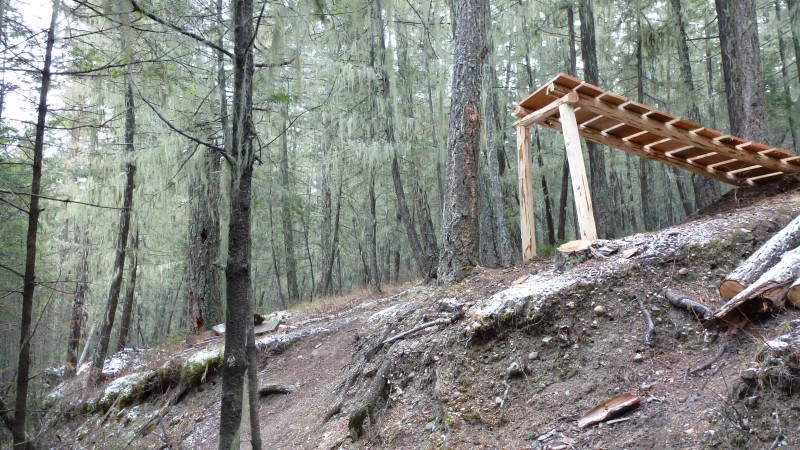 It may seem like a lot of work was spent on trails that many of you do not ride.  That is not true.  We tried to spread the work between the most popular trail-Aflo, an all rider trail-Belle, our signature trail- Snakes and Ladders and a high level trail-Westsyde.

Thanks to a highly dedicated group of builders and the riders that are lucky enough to accompany them, many of the most popular trails receive regular maintenance.  This includes tree removal, dirt work and general clearing when needed.  Without this unheralded group, our network would simply be decent, not amazing.  Thanks to all the guys and gals who make this happen!!

Trail development occurs in different ways.  The legal way that the club endorses is not a complicated process and guarantees trail and infrastructure longevity with the support of the club and Province.  For all the details see:  https://ridethecariboo.ca/community/williams-lake/puddle-bike-club#resources. This is your opportunity to put forth a legal trail proposal that will be reviewed by the Club’s Directors and if accepted, could lead to a section 57 authorization allowing you to legally build a new trail.  New trail proposals go into the President’s Report that is written for the Recreation, Sites and Trails officer and he has the final authority to accept or decline the proposal. All new applications must be received by February 1, 2015.

2015 maintenance and management planning is already underway and this year the Club would like to hear what you have to say concerning areas of need and the type of work you would like to see done, both by the club and our volunteers as well as the Pro Crew, if funding is available this season.  You can send your ideas to .  There is no guarantee that we will be able to fulfill everyone’s requests but your opinions matter to us and we will do our best to ensure that the work done meets or exceeds your expectations.

The seasons to come will continue to bring challenges.  While we have achieved much, complacency in the riding community will be a sure way to fall backwards. Private land, moto and quad encroachment, cattle, and other issues require a strong voice from a united cycling community. We may not all agree on the politics of mountain biking, but we can all agree that riding bikes on our trails is something to support. As we move into 2015, I encourage all riders to support these efforts by becoming a member of the Williams Lake Cycling Club by visiting one of the shops. 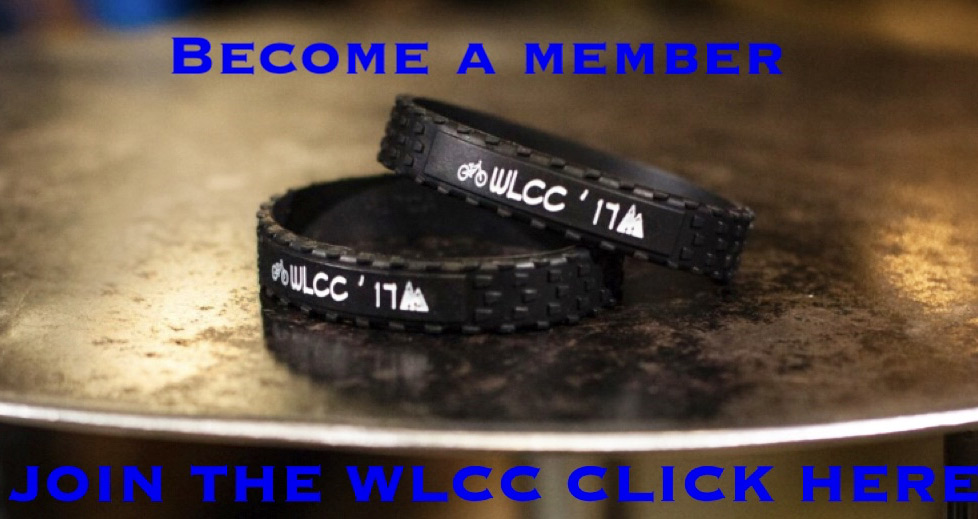